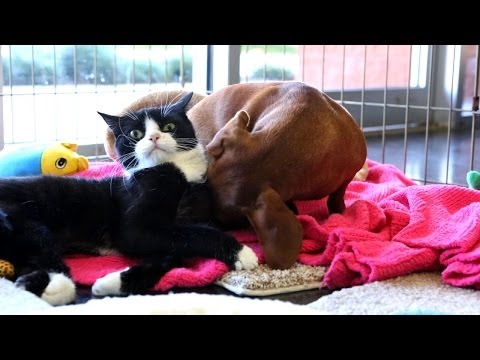 A video shot by Orlando Sentinel photographer Red Huber about a dachshund who is protective of a paralyzed cat.

“That’s how Seminole County Animal Services found Idgie — a pudgy 2-year-old Dachshund — standing guard over a 7-month-old paraplegic cat. It was early October and still hot, and someone apparently had dumped the animals by a gated driveway outside Geneva, perhaps hoping the homeowner would take pity on them.

Idgie growled and barked protectively whenever anyone approached. The kitty, it turned out, could only move by dragging herself along by her front legs. The back ones were limp and useless, the paws twisted.”

Video has made the rounds, and has since gotten the buzzfeed treatment.